Understanding the Types of Chinese Patents 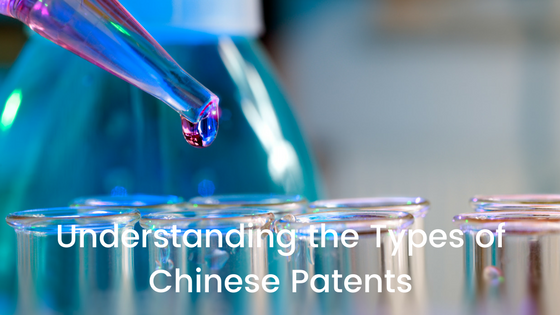 The 15th Annual Trans-Pacific Health Sciences Dialogue was a meeting for biopharmaceutical industry executives and business development executives who wanted to accelerate, explore and develop collaborations and partnerships with their counterparts in the most important Trans-Pacific health care markets including Japan, China, South Korea and North America.

In a discussion led by Grace Pan, a partner at Holland and Knight we heard from Dr. Judy Jarecki-Black, who is Global Head of the Intellectual Property Department at Merial, Inc., the Animal Health subsidiary of Sanofi-Aventis. Also part of the discussion was Fang Xie, Ph.D., Of Counsel at international law firm Greenberg Traurig, LLP, where she co‐leads the firm’s Biotechnology and Pharmaceutical Group.

Dr. Fang Xie and Dr. Judy Jarecki-Black enlightened the participants about what it takes to obtain a patent in China, and the different types of patents that are available.

Understanding the Types of Chinese Patents

China’s patent law allows inventors and companies to file for one of three types of patents: utility, invention, and design. The time it takes to file, the cost to file, and the duration of protection depend on which type of patent you choose to pursue. They bear similar names to US patents, but don’t correlate exactly.

Utility patents offer 10 years of protections as opposed to 20 years for invention patents. However, they can be obtained in less than one year because there is less scrutiny applied. This makes them attractive in industries where products become less valuable over time (electronics, for example).

The Chinese invention patent applies to both physical products as well as processes. It offers 20 years of protection to the patent holder, but compared to a utility patent, can take significantly longer to obtain — often several years. An invention patent is the appropriate choice for products with a long development time, or those that will remain valuable for a very long time.

Chinese design patents relate specifically to the external features of a product, including any of the following:

The only other requirement is that the patent be suitable for “industrial application” — that is, able to be mass produced. Like utility patents, design patents have a protection period of 10 years and can be obtained relatively quickly — within a year.

Utility patents have a noteworthy feature in that patent holders have an option, in the case of infringement, to pursue action using the administrative branch of the patent office. This is far less costly and time consuming because there are no courts involved. The administrative branch will not assess any damages, either, but it will facilitate mediation so the affected parties can negotiate damages.